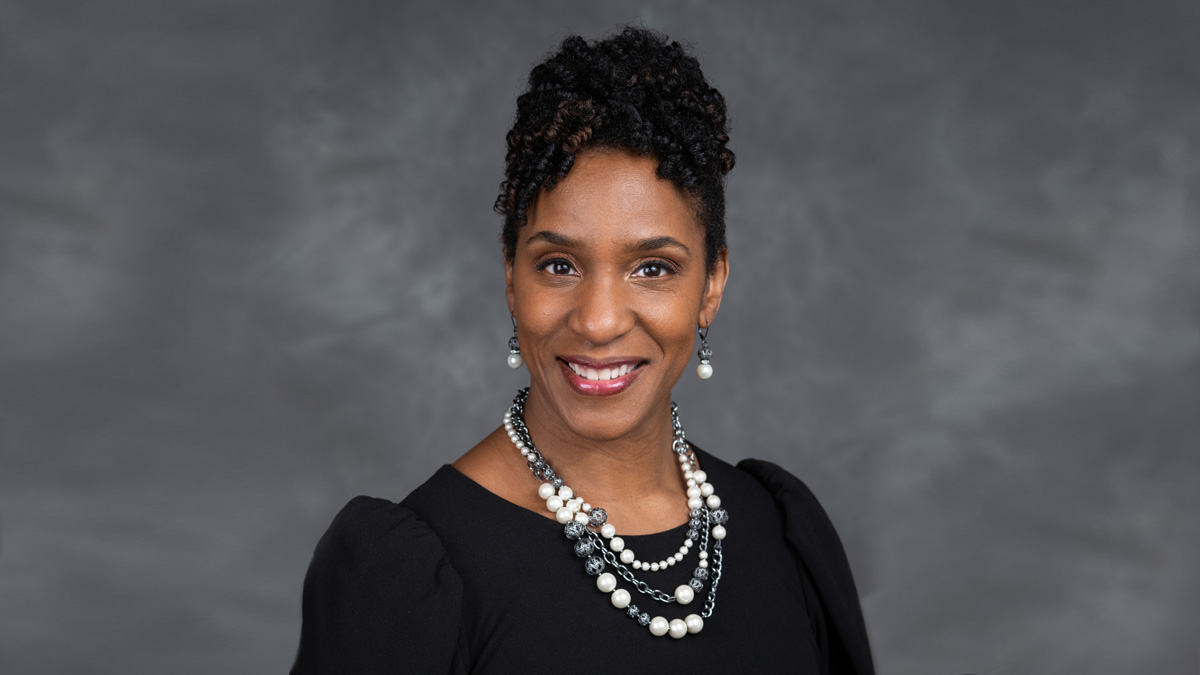 By Michael Klitzing
Angela Byars-Winston (’91, ’92) was instantly delighted when she found out she’d been named the San Diego State University College of Education’s recipient of the 2022 Distinguished Alumni Award. And when she glanced at her calendar and learned that the date she’d be honored — April 23 — was National Take a Chance Day, the honor began to feel even more special.
“That didn't land on me lightly,” said Byars-Winston, who will be one of 10 SDSU graduates honored by SDSU Alumni at Omni La Costa Resort & Spa. “There were so many people — mentors — who took a chance on me”
For Byars-Winston, professor of general internal medicine at the University of Wisconsin School of Public Health, some of the biggest chance-takers at formative points in her life were SDSU faculty and staff.
As an undergraduate student, that included staff in the Office of Educational Opportunity Programs & Ethnic Affairs (EOP) as well as professors such as Norman Chambers in Africana Studies and Terry Cronan in psychology. All saw promise in her and put her on a path to graduate school.
As a graduate student in the College of Education’s Community-Based Block (CBB) multicultural community counseling program, that included Marìa Nieto Senour and Jesus Nieto, emeriti faculty members in the Department of Counseling and School Psychology.
“SDSU molded me into someone inspired to do something that makes a difference in the world — addressing health equity, addressing racial disparity in sciences,” Byars-Winston said. “There were all these people along the way who saw a bigger version of me than I imagined for myself.”
A leader in the field of vocational psychology, Byars-Winston is nationally known for her expertise in the science of effective mentorship. Drawing on her training as a counseling psychologist, she studies how cultural and organizational factors in fields such as science, technology, engineering and mathematics (STEM) shape people's perceptions of what they can and can’t achieve in their careers.
“The training I received as a CBBer engraved in me the understanding of how culture is content and context,” she said. “That prompted me to start thinking about how cultural identity factors affect what people believe they can do in the world. It's fascinating to me how we get these racialized scripts that have a profound impact on everything from choice of life partner, to where you live, to how you dress, to how you talk, to what you eat, to where you believe you fit in the world of work.”
Her own work has drawn no shortage of plaudits and important appointments. Most significantly, she chaired a 12-person committee to produce a National Academies of Sciences, Engineering and Medicine report on the Science of Effective Mentorship in STEMM. The report, published in 2019, is widely used in K-12 schools, academia and corporate settings.
Byars-Winston is also a fellow of the American Psychological Association (APA) and in 2011 was named a Champion of Change by President Barack Obama.
A particular motivating factor for Byars-Winston is showing what a person steeped in the psychological and social sciences can do in an academic space often dominated by physical and life sciences researchers.
“They often underestimate what we have to offer in the fields of STEM development, diversifying STEM and scientific workforce development,” she said. “Just because we don't have petri dishes and a white jacket on doesn’t mean we don't have rigorous methods. I like busting people's stereotypes about what social science is. About what Black women do. And about what academics look like.”
Byars-Winston, who grew up in southeast San Diego and attended SDSU because of its affordability, also enjoys showing what a product of the California State University system can accomplish.
“I am proud to represent CSU alumni competing in very high-end, research-intensive places,” she said. “I stand toe to toe in the same spaces with folks who went to Ivy League schools and I proudly say I went to San Diego State University.”
Share
‹
›
Home
View web version